The Kissi kingdom still lies in ruins sixteen years after the civil war and four years after the Ebola Epidemic. For the past six months both local and international organizations have been visiting its headquarters, Koindu town on daily bases in finding ways to restore it past glories. It should be recalled that Koindu is strategically situated for international trade and was one of the main sources of income for the governments of Sierra Leone in the 80s. Plans are underway for the establishment of ECOWAS INTERNATIONAL MARKET with modern amenities to serve the sub-region. The major constraint has been the poor road network from Pedembu to Koindu which has frustrated many traders from coming back to commence their business.

In order to show their support for what t the international community is planning, the Minister of Foreign Affairs and International Cooperation, Dr. Ali Kabba and the Minister of Water Resources, Dr. Jonathan Tengbeh jubilantly entered Koindu on the 27th December 2018. Their long motorcade was followed by the Member of Parliament for constituency II, Mr. Sahr Juana and hundreds of indigenes of the kissi kingdom (Sierra Leone, Liberia and Guinea). They were welcomed by thousands of bystanders and one of the popular Kissi musician, Tamba kallanda who was on his way to Buedu.

In his keynote address, Dr. Kabba confirmed that all necessary documentations and budgeting have been completed for the road and the market and the work will soon commence. He also added that 24 hours electricity supply, hotels, car parks and many modern facilities of international standards will be incorporated in the market. In his speech, Dr. Tengbeh told the people his plans of constant and adequate water supply not only for Koindu but the entire kissi kingdom. They however encouraged the people to put politics aside and work as a team. Mr. Juana faithfully promised that they are ready to work with the government and other agencies and will make the best use of any opportunity offered to them.

In another development, Gen. (Prof.) Foday Sahr, the Vice Chancellor of the University of Sierra Leone recently took a team of ophthalmologists including surgeons to Koindu for free eye examinations, medications and surgeries for the period of two weeks.
​
KISDO
The admiration of this organization has gone viral after the momentous launching on the 20th October 2018 which brought together not only kissis but all other tribes from the kissi kingdom. This occasion was chaired by Prof. Michael Wunda who emphasized on the contributions of the kissi people in the development of the Mano River Basin like the invention of the kissi penny and country clothe. He therefore encouraged all to help this minority but powerful tribe to revive its culture. After this occasion, the general membership of KISDO is continuing to swell as more people continue to register, prominent amongst them is Dr. Fallah Lamin, Mr. Emmanuel Fallah Fockoh and four teachers from Koindu.
One of KISDO’s greatest achievements is the establishment of the community library in Koindu. This is the only public educational facility that is intended to augment the free quality education of the government by providing books and conducive learning environment. It continues to draw public attention of visitors in Koindu. Due to the increased number of users including teachers, students and other scholars, there is a need to expand and equip it with more books and modern equipment. In this regards, more donations and pledges are underway. Gen. (Prof.) Foday Sahr has volunteered to add more furniture and shelves, Mr. Jockshan Foryoh promised a computer and Mr. Mohamed Fayia Lamie (Tupisan) pledged for more books and Mr. Richard Demby also promised to contribute in his own little way. We are therefore appealing to all meaningful philanthropists to help us make the dream of reducing illiteracy rate in the Mano River Basine (Sierra Lone, Guinea and Liberia) come true.

PICTURES SPEAK THOUSANDS OF WORDS. JUDGE FOR YOURSELF!!!
​ 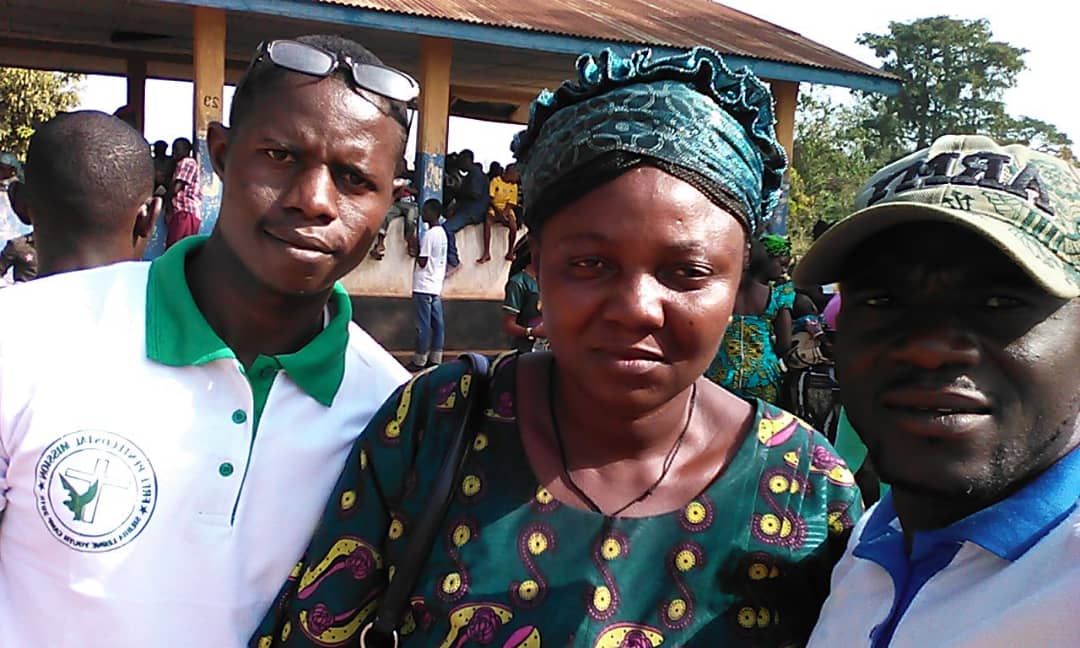